What to Charge As A Freelancer

If you’re reading this, you’re probably undercharging. One of the first things mentors often tell those who are unsure what to charge as a freelancer is to double their rates, even before knowing what they are. Why? As freelancers, we’re often just guessing what our rates should be. That assumption tends to lead to poorly evaluated charging methods that shoot ourselves in the proverbial feet. It doesn’t literally mean you’re about to double your rates. It simply highlights that you may have determined that number improperly in the first place. (What to get into freelance work? Check out these articles for ideas that may work for you!

Freelance rates are often kept quiet for fear of competition, or simply for fear of being wrong. There’s no Glassdoor for freelance entrepreneurs. If we’re being honest, many of us are just charging based on numbers we’ve been able to charge in the past, or what we think we should charge.

It’s challenging to determine freelance rates for a reason

Figuring out what to charge as a freelancer is difficult because it varies based on what sector you’re in, how much experience you have, and not only your geography but also your client’s location. But it’s not impossible.

There are four methods used in determining hourly freelance rates:

1. The first method is straight up guessing

Let’s say you’re a front-end developer in Miami with five years of experience. As a freelancer, you could guess your rate based either on what your first clients said they’d paid in the past, what your friends in the industry told you they charge, or simply what you think it is worth. This is absolutely the worst, but most commonly traveled, path.

2. Supply and demand – find out the market’s threshold

You can do better. Let’s step it up a notch and talk about using the “supply and demand” method. If you’re the only WordPress designer in your geographic region, you have two options here – send out bids at the lowest rate possible and get insurmountably busy or send out bids at the highest rate you think the market could bear, and see if you get any bites.

Bidding at both ends helps to determine what the demand truly is for your services, but it takes time, and you miss out on opportunities while you experiment.

3. Work backwards from what your salary should be

For the people not prone to guesswork, setting your salary and working backwards is another common option. Visit a site like salary.com and tell it where you are, how much experience you have, and so forth.

Once you’ve determined your salary, you would divide that number by the number of hours you plan on working in a year, and that number would be your hourly rate. So, if you plan to work 50 weeks in a year at 40 hours per week, that’s 2,000 hours. If your salary per the data says you should be making $140,000 per year, divide that by 2,000 hours and your rate would be $70.

4. Do more math – get your desired profit margins involved!

The previous exercise is a great method, but one that doesn’t take into account the overhead cost that employers typically cover, like taxes, equipment, internet, workspace, insurances, licenses, and so forth. So that method is also flawed.

The best option for a freelancer in setting your hourly rates is through profit margin realism. Write down the salary you should be earning (or want to earn, just be realistic), and add in all of your expenses. Multiply that result by your desired profit margin (so, 1.10 for a margin of 10%), then divide by the number of hours you intend on working in a year.

Rate calculators can tell you what the market might expect

And before you go to market with your rate, there are several freelance rate calculators to confirm your projections. If your number is half or double what you see on the calculators, more investigation is merited. Bonsai, Clockify, and Nation 1099 have calculators, and Freelance Rate Calculator is a Google Sheets template that operates on profit margin realism, taking into account your expenses.

These calculators aren’t typically great at determining an actual rate, but are excellent at giving you an idea of what the market might expect.

Let’s imagine you don’t operate in a way that is amenable to hourly rates. You don’t buy a painting based on how long it took, and you don’t purchase a car with production times as a factor in consideration.

Hourly rates are becoming less popular in the freelance world because it impresses upon a client that time is the most important factor to a contract, rather than skill. Let’s be honest – you work much faster now that you’re past a learning curve than you did when you started, right?

For that reason, value-based billing is how many are beginning to determine their rates. Imagine you’re a website designer and selling your services. Rather than pitching an hourly rate, you would pitch that for every $1 spent on UX, there is an average of a $10 return. Or said better, the design could increase the profitability of their company by $100,000, so a $10,000 investment becomes chump change in comparison.

Under this billing model, you become partners in maximizing profit on both sides, and it is immediately a less contentious scenario. But how do you convince a potential client to get away from hourly billing? Ask questions to determine how much the project would increase conversions, lead generation, or profit. You would then look at your role in the overall project and how large it is – a website redesign for an e-commerce brand could charge 25% of the expected profit bump, whereas a UI writer could charge 5-10% as part of the same project.

How to bill under the value-based billing option

You now have a rough idea of the amount to bill, and you’ll need to put the expected timing in your bid, of course, but you should also take it up a notch and offer pricing options.

A freelance digital media strategist could offer a flat rate for selected services, and a website developer could offer a monthly or annual ongoing maintenance option. Tiers are a common practice as well, so potential clients have multiple options.

Which path will you choose?

Whether you shoot for the stars and offer value-based billing, or you determine an hourly rate that includes your expenses, the one thing we ask you to stop doing is guessing or hoping. You can guess your rate should be $50 an hour, but if your competitors are easily charging $150, you’ve undercut yourself. And if you feel entitled to a $450 hourly rate but competitors tend to charge $200, you’ve priced yourself out of the market.

You can be a little higher or lower, based on market factors, but doing so based on actual research will yield far greater results than just assuming your value! 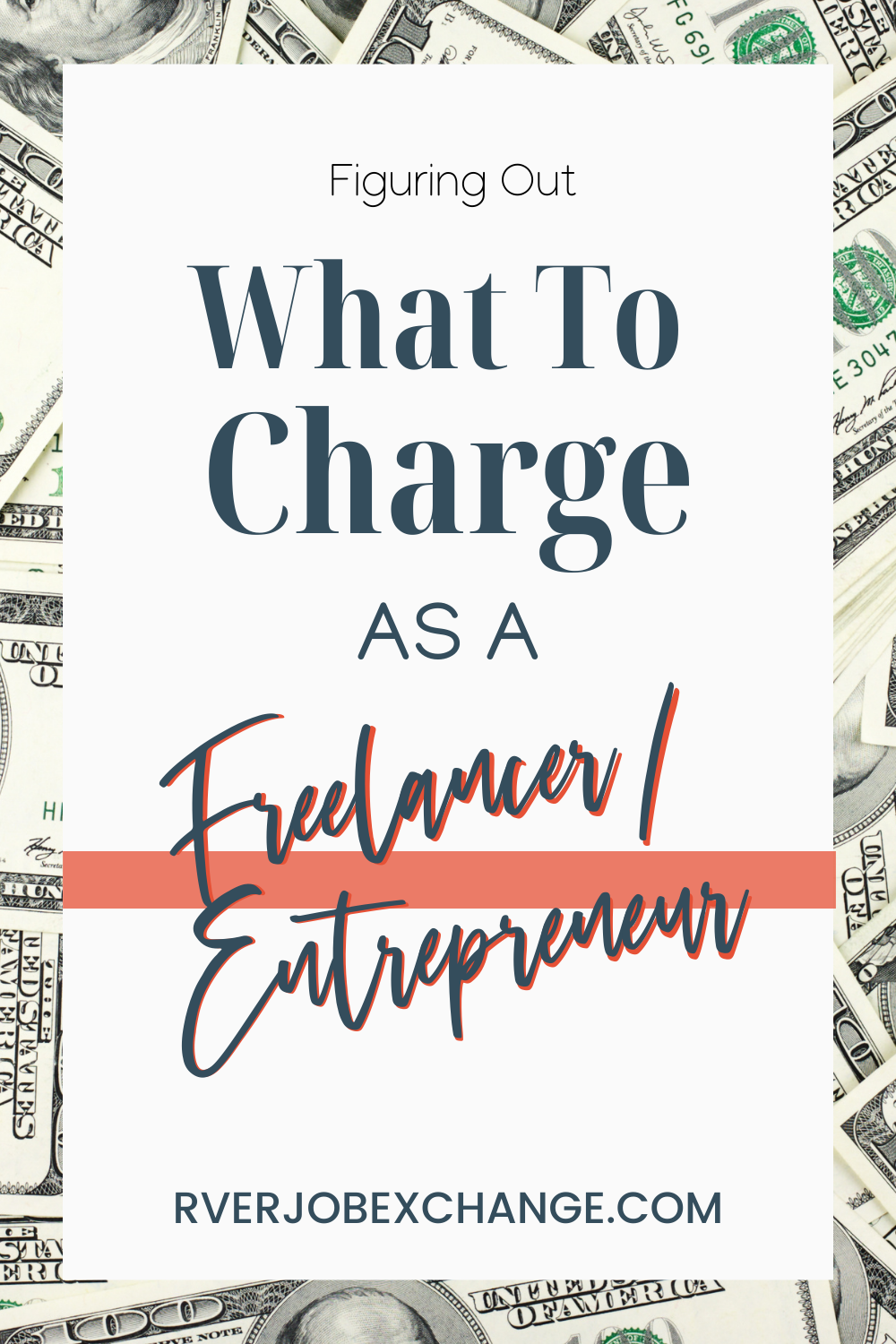