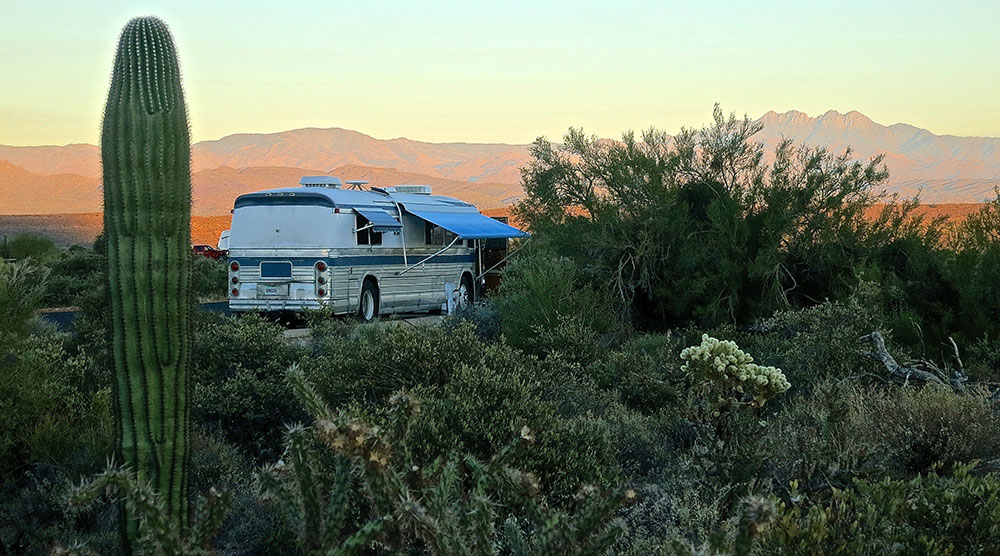 Many RVers on the road today depend on mobile technology to enable their traveling lifestyle. So, with campgrounds and RV parks finding it difficult to keep up with the increasing demand for band-width, these RVers are choosing to bring their own connectivity via cellular data.

Part of selecting the right carrier(s) for you is knowing where they have the cover-age you desire. And once you have them selected and part of your mobile Internet arsenal, it’s helpful to know where along your routes you’ll receive a signal so you can stay continuously connected.

We’ve compiled handy resources for tracking down this information. 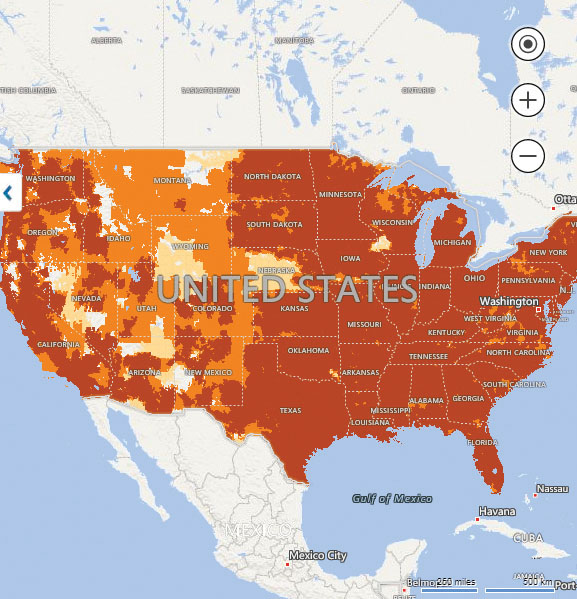 The carriers’ coverage maps are, in part, marketing, but the display of where the carrier projects their coverage should be based on the location of their installed towers.

They don’t always take into account variables like terrain, buildings, weather or other factors that might impact the actual signal or performance you’ll receive at a location, but they are still worth consulting as part of your planning process.

While we can go to each carrier’s maps online to scout out whether our next camp-ground will have coverage for our carriers, we decided to make it even easier.

We wrote an app for that! Coverage?
(available for iOS and Android) overlays our versions of the carriers’ maps, so you can create a personalized coverage map for your carriers, and you can filter by coverage types (LTE, 3G, Roaming, etc.).

These maps are stored on your device, so you don’t have to be connected to find out which direction to head to find coverage.
The app is available for both Android and Apple iOS devices.

Of course, just because a carrier claims they have coverage, doesn’t mean you’ll be able to find it. There are resources out there that aggregate crowdsourced actual signal and speed reports to create a coverage map based upon what is really possible in certain locations. Here are some of our favorites:

With crowd-sourcing, the maps are only as useful as the data they collect from users of their apps. These resources tend to have the best data for urban areas where they have a strong user base. However, when you arrive in smaller cities, the maps can show no coverage at all. This is why we created “Coverage?.” At least have the best guess at where coverage might be.

Since so many RVers depend on a solid Internet connection, you’ll frequently find reports of cellular coverage (and WiFi performance) hidden within campground reviews. And some campground review sites are making an effort to specifically report on this critical amenity.

Here are some of our favorites:

• Campendium.com: Launched in 2015, this review site includes specific fields for reporting coverage on each of the major carriers. This site tends to be frequented by bandwidth-hungry RVers, and it lists commercial, public and free camp spots.
• Freecampsites.net: A database of remote camping and boondocking options and asks reviewers to report their cellular signal for each carrier.
• RVParkReviews.com: This is one of the longest-running review sites where fellow RVers tend to leave coverage reports.
• RVParky.com: Another popular review site where you might find your coverage mentioned.
• AllStays.com: Their app and website also have reviews where past campers have noted the cellular coverage.

And, of course, all of the RVing community benefits if you leave reviews, too, including reports on your cellular signal.
May the bandwidth be with you, and don’t forget to at least occasionally put down the smartphone and enjoy the adventure. 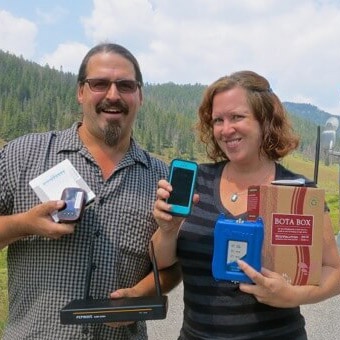 Cherie Ve Ard and Chris Dunphy of Technomadia.com have been living and working full-time on the road since 2006, and Internet connectivity has been essential to them every step of the way. To help other RVers with the challenges of staying connected, they co-authored The Mobile Internet Handbook, and in 2014 they launched RVMobileInternet.com to provide unbiased information, reviews, resources and tutorials to help us all stay better connected on the road.