As a fulltime RVing family, internet connectivity is not optional.

Homeschooling, work, and staying connected with friends and family all require it. When we first got on the road in 2016, satellite internet was not able to offer affordable unlimited speeds. It was one of those ‘some day’ items for us. Imagine the possibilities! You can set up camp in some of the most remote and iconic spots in the US. Not a soul around for miles. Panoramic views. It would be ah-mazing.

Satellite Internet Used to Be Just a Dream

Spring of 2017, brought the launch of HughesNet Gen 5, which on paper appeared to offer speeds that were actually competitive with today’s cellular LTE providers, as well as nationwide coverage. Mobile business plans became available through specialty resellers like https://www.mobileinternetsatellite.com/ (you cannot sign up directly through HughesNet). Given that the dish is 3 feet across, and more importantly auto deploy setups come with a full retail price tag pushing $20K+, our bank account has had us grounded in reality. Like the majority of those on the road we were using mobile cell data for internet access and satellite internet has (until recently) remained a day dream.

We have traveled on the road for three years and our data sources have been consistently: T-mobile, AT&T, and the ubiquitous Verizon. We were satisfied with this method for a long time and only occasionally had issues with coverage or data speeds. So what changed? The list of places we wanted to see was becoming increasingly remote. The number of RV events and rallies we were attending seemed to all come with overloaded cell phone towers making our cell data useless so we moved the satellite internet up on the priority list to ‘someday soon’ and starting looking for used ground deploy equipment.

This past winter, we successfully procured a used setup. It consists of: 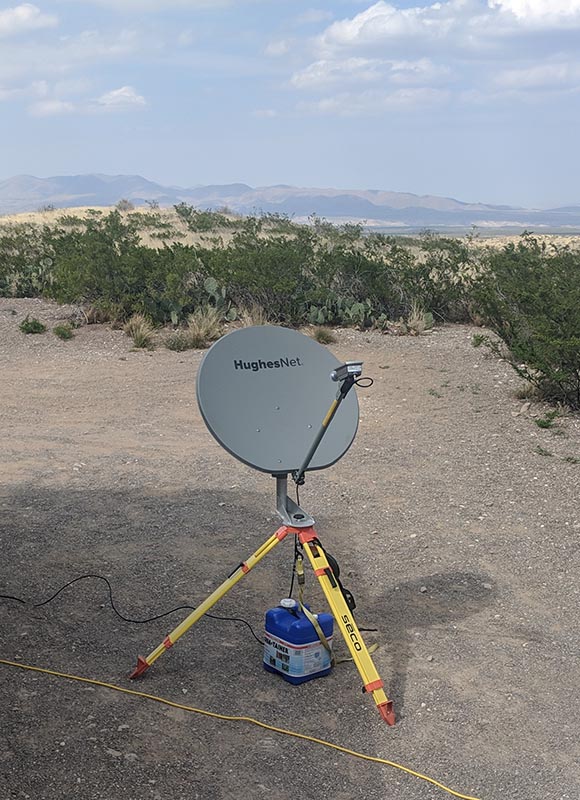 Setting Up Our System

Setup entails finding a fairly level spot for the tripod and using a small level to get the head adjusted until it is perfectly level. After placing the dish on the tripod and running the coax to the modem in the RV, you temporarily connect the signal meter. Once the modem is powered up, you enter your current GPS coordinates and it then directs  you where to point the dish in the sky. After a few rounds of sweeps (moving the dish left and right pointing towards the southern sky) and elevation fine tuning (how high in the sky the dish is pointing), you lock in on the spot that gives you the strongest signal. Lastly, you remove the signal meter, the modem resets and you are online!

It has already enabled us to start checking off spots of the country that we previously had to steer clear of. 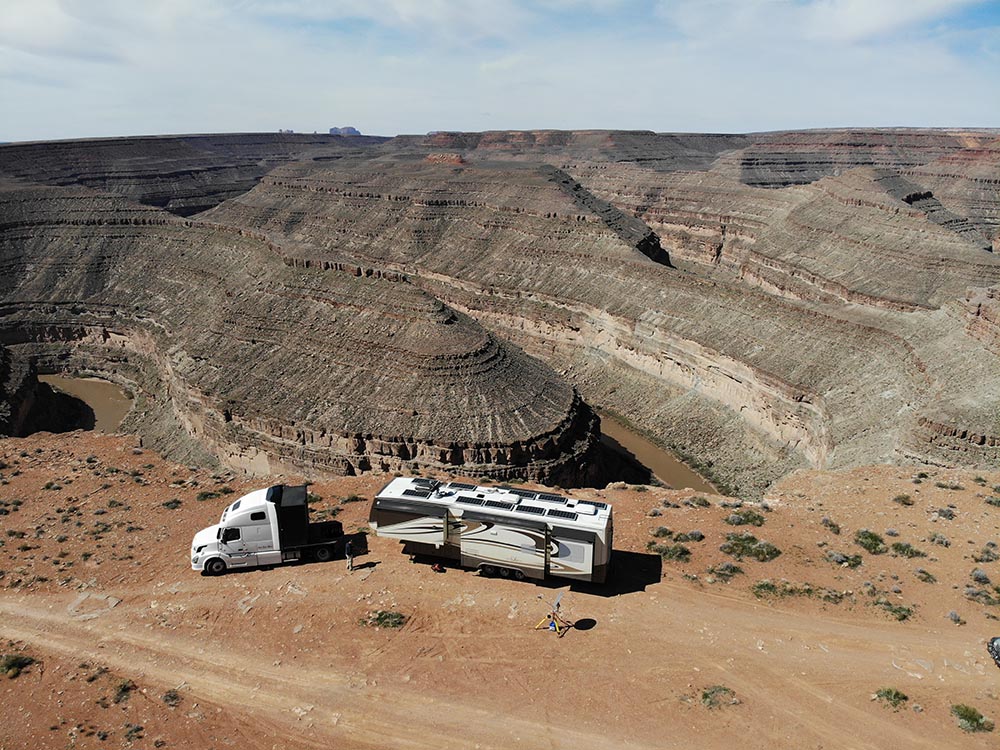 Pros and Cons of Satellite Internet for RVers

There are a number of positives, but also plenty of cons.

History and Background of Satellite Internet

Most options at present use a ground-based dish to point at a geostationary orbit (fixed spot above the earth in the sky, otherwise known as GEO), 22k+ miles up in space. The data must go from a ground station 22k miles up to the satellite, and then back down to the end user’s dish for each packet of data. Given the distances involved it introduces an above average amount of latency (time delay) from what the average internet user today is accustomed too. Up until recently, “broadband” speeds were not available in a mobile RV setup.

Before the launch of these newer services, RVers were creating their own mobile installations as far back as 2002 with maximum speeds of only 0.4Mbps down and 0.05 Mbps up!

The Future of Satellite Internet

While HughesNet has at least one more GEO satellite planned, the exciting future for remote/mobile connectivity lies in low earth orbit (LEO) constellations (hundreds to thousands of smaller satellites working together for global coverage) that are much closer to the earth (as low as 340 miles), yielding latencies much closer to that of cell connectivity today. While there are several giant LEO constellations in the works (to the tune of Billions of dollars each), the most famous and aggressively scheduled is that of Elon Musk’s Space X Starlink network. Once in operation these networks promise global high speed, low latency data and what is claimed to be economical pricing.

So while using satellite internet is not a fit for everyone, it has become a game changer for us in our travels, no longer having to wonder if we will be able to connect to a nearby cell tower. 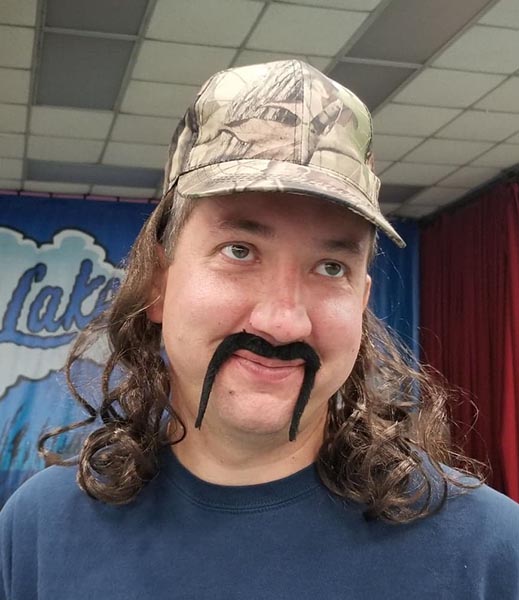 Kevin has been full-time RVing since May 2016 with his wife Emma and two daughters (ages 6 and 2). Shortly after launching, their second daughter was born quite literally on the road! Since going full time this family of 4 has visited most of the lower 48 states and some of Mexico, and traveled internationally extensively before having kids. Kevin is a “retired” electrical engineering consultant, homeschooling dad, Convergence groupie, and fan of all things outdoors. Emma and Kevin maintain a small blog about their adventures for family and friends ‘back home in Maine’ at:  wickedwanderers.net 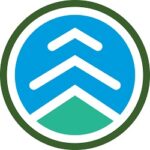 Front Desk Reservations    Job Overview: We are an Outdoor Hospitality Resort located in