When discussing multi-state income tax, for most working RVers we usually encounter a situation where the RVer has not been paying taxes to various states but perhaps they should. An inherent risk of inviting unwanted attention from state tax authorities already exists. Even though a properly handled multi-state tax scenario might result in paying more income tax overall, there is still plenty of room to make sure no more tax is paid than legally necessary.

Watch our Webinar with Tim about Multi-State Income

DISCLAIMER: The information and materials we share in this article are intended for reference only.  The information is designed solely to provide guidance to the readers, it is not intended to be a substitute for someone seeking personalized professional advice based on specific factual situations.  We strongly encourage you to seek the advice of a professional to help you with your specific needs.

Following are four rules of thumb to keep your multi-state tax bills as low as possible and the tax agents at bay.

1. Domicile does not matter; where you work does matter

The first rule of thumb is your domicile in a no-tax state does not provide you carte blanche avoidance of state income tax in any and all states. As you travel about the country, if you spend time in one or more of the 42 states that tax individual income you may be on the hook for income tax despite the fact that you domicile in a no-tax state. (1)

Each state has its own tax law nuances, but there are similarities from state to state. Income tax states generally focus on one key factor to determine tax liability—if you are physically present in their state (even as a non-resident) while providing income-generating services. In such cases, you are “subject to” income tax. Where you domicile or claim your residency status doesn’t matter. Now, just because you are subject to income tax doesn’t mean you always have to pay income tax, we’ll discuss this in more detail below. First let’s lay some more ground work.

For example, in Virginia, if you are a non-resident but spend more than 6 months in a given year (does not need to be consecutive) in the state, you are deemed a resident (aka “statutory resident”) for income tax purposes and must pay income tax on your entire year’s income to Virginia…even if you have to pay income tax to other states for time you spent earning an income in those other states! In such cases, the state may offer a credit for tax paid to another state, but this just adds even more complexity to an already difficult situation.

In Colorado, the statutory residency threshold is also 6 months. In Arizona, it’s 9 months. Interestingly, California—a state known for being aggressive on taxes—allows a non-resident taxpayer to file as a non-resident even if they spend the entire year in their state. TAX TIP: If you plan to spend a significant part of your year in a tax state, make sure you don’t exceed the maximum time allowed before you are statutorily deemed a resident.

3. Mode of work (usually) does not matter

Most states do not distinguish between what type of work you do or how you perform your work when determining income tax liability. In other words, there is no difference if you do all of your work over the internet in your RV or spend your time in a client’s or employer’s office building. The primary factor is that you are in a tax state performing services for financial gain or profit. If you are physically in their state, then you are subject to income tax.

You will not read such specific language in the tax instructions. You must call the state tax authority (often referred to as Department of Revenue, Franchise Tax Board, or Department of Taxation) and ask for further explanation and definition of the terms you read in the tax form instructions. Be wary, tax agents are human too and don’t know everything about their own tax law. On one occasion, I called the Virginia Department of Taxation three times, spoke with a different agent each time, and got three different answers to a particular question.

I’ve not called every state (yet) to ask about mode of work, but so far Georgia is the only state (and I called more than once to verify) where an individual can work remotely (i.e. over the internet) and not be subject to income tax.

We’ve used the phrase, “subject to income tax” several times in this article already. Even if you are subject to income tax because you are earning an income in a non-domicile state, you don’t have to pay income tax if your income is below that state’s income threshold. For example, Georgia has a $5,000 income threshold. If you are a non-resident who worked a total of 2 months in Georgia in a given year and earned $4,999 during that time, you are not liable for income tax and are not required to file a Georgia tax return. If you are under the income threshold, it doesn’t matter if you worked exclusively over the internet or spent all of your working hours in your customer’s (or employer’s) office building, there is no Georgia income tax liability. (2) TAX TIP: A good rule of thumb—if you will be spending more than two weeks in a tax state, if possible, schedule your work load and income-generating activities to keep your earnings under the state’s threshold. Save your higher income projects for when you are in no-tax states. Save your “vacation days” for when you are in tax states. (3)

Be sure to contact your tax advisor if you need help locating state income tax instructions, correctly identifying residency rules and income thresholds, or contacting state tax agents to get clarity about definitions of terms and rules.

DISCLAIMER: The information and materials we share in this article are intended for reference only.  The information is designed solely to provide guidance to the readers, it is not intended to be a substitute for someone seeking personalized professional advice based on specific factual situations.  We strongly encourage you to seek the advice of a professional to help you with your specific needs. 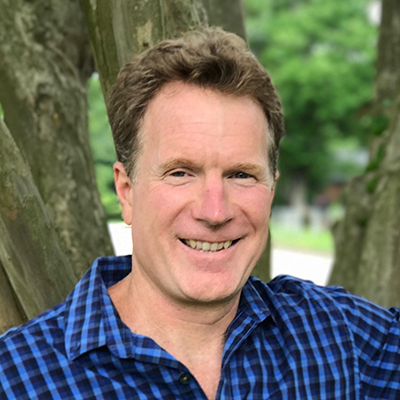 Tim is a certified public accountant (CPA) and long-time, full-time RVer. Tim has worked with small businesses for more than 30 years handling accounting, taxes and business development. On three different occasions, he has also started his own small businesses from scratch. His depth of experience, in both self-employment and operating small businesses, combined with his intimate familiarity with the needs of RVers, makes Tim a great resource for helping fellow RVers navigate the potential difficulties of working while traveling. 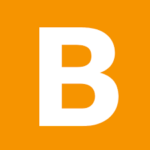 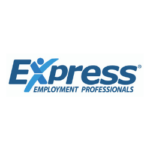 Michigan Beet Harvest SWEET opportunity in Michigan near the shores of Lake Huron!. Harvest up to

The Annual Sugar Beet Harvest. It's never too soon to start thinking about the fall BEET HARVEST! 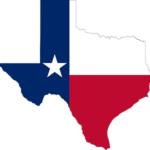 We are looking for a hard working couple or individual to join our team on our rescue ranch! No expe