6 Methods to Move Away from “Punching the Clock”

Let’s face it – 9 to 5 desk jobs are rapidly evolving, and the clock-punching trend is coming to an end. This is especially true after a pandemic has forced most folks into a remote working situation.

Now that so many people have had the opportunity to work away from an office, a surprise result has emerged – productivity is actually up!

Punching a clock is a hard habit to break. Our brains have grown accustomed to feeling productive only if we have driven to another building and interacted with humans for a recurring number of hours. The magical number of 8 hours being for work was an idea solidified during the Industrial Revolution, aiming to reduce abuse of factory workers who were forced into long, inhumane hours.

So, if you’re not a factory worker, does the theory of balancing your day into 8-8-8 (8 hours of work, 8 hours of personal time, 8 hours of sleep) even make sense now!? We have come a long way, but our hours haven’t evolved along with us. Does anyone actually work 8 hours in the office?

Today, studies show that most people only work 3 hours each day. THREE. Why? Besides people popping in and out of offices, folks operate their side gig while on the job, scroll Facebook all day, earn their master’s degree from their desk, or binge watch an entire season of a Netflix show in a day.

If you mentally tie your productivity to a number of hours worked instead of results achieved, it can be hard to transition to a task-focused environment. When you work remotely, you often end your day wondering where the time went, and you can no longer point to your going to an office for 8 hours as an explanation.

The transition away from clock-punching is a difficult one, and the most successful people that have done it tend to work based on results. While they sometimes end up working more than 8 hours, many times, they work far less.

Days in an office are filled with distractions and busywork, but remote working allows for a more modern, reasonable balance wherein you work until that day’s goals are achieved. Remote employees tend to work based on task accomplishment, not arbitrary hours.

As noted, high achievers often work too many hours, but it is worth pausing to remind you that even robots need rest (for maintenance, downtime). Your heart works constantly but it takes a break after every single beat. Keep that in mind as you move forward.

So how can we find that balance where we no longer punch a ridiculous clock, but we don’t work ourselves to death? Below, we will outline six methods for transitioning. These exist on a spectrum, so read them all and see which speaks to you. Then begin experimenting and tweaking to suit your own setup.

Hear us out – this sounds like saying you should punch a clock, but intervals are flexible.

A study recently conducted by the Draugiem Group tracked employee habits, discovering that the length of a workday was irrelevant. What mattered was how their days were structured. Employees who took short breaks were the most productive and had the best focus, with an ideal ratio being 52 minutes focused only on work, then a 17-minute break.

Dr. Cal Newport recently opined positively about a German startup that enforces a strict 8 am-1 pm workday after a successful productivity experiment, echoing an increasing number of studies.

Rather than aim for an 8 hour day, experiment with intervals – try Rescue Timer, an app that privately tracks your online activities and basically spies on you to help uncover where you’re wasting time. This method works best for people that feel highly connected to a clock, or time tracking (and that’s okay). Another method is to work according to “deep work,” which is described by Dr. Newport as the tasks that take your complete creative focus and what most gives you pride. This isn’t administrative stuff, but the core, the purpose, of your work.

If you are thinking that the first method of even looking at a clock sounds awful, this alternative might be best for you.

Rather than worrying about a clock (or even having one in your workspace), doing deep work for as long as you feel called to is best, assuming that it’s more than an hour in the morning, then jetting to play time.

3. Work according to spoons

Christine Miserandino was having coffee with friends years ago and was asked what it was like living with her chronic illnesses. She explained with spoons from the table as a prop, that each day has finite energy levels, and with each activity, a spoon is taken away.

Some days start with more spoons, others with less, but people with chronic illnesses often have no way to predict that day’s energy (or fatigue) level. It is now referred to as the “Spoon Theory.”

It sounds extremely simple (and it is), but before this, it was hard for people to explain, let alone understand. Most people with chronic health challenges typically live with extremely high levels of guilt for any resulting shortcomings or tasks not completed due to fatigue but having a visual helps to assuage a tiny bit of that guilt.

Even if you don’t have a chronic illness to contend with, you can work according to your own spoons. Some days you may have a handful of them, other days you may have very few. If punching a clock isn’t realistic for you, try working according to each day’s energy levels and you might find that you can get more done in fewer hours. 4. Work according to your goals

If these first three methods sound awful to you, worry not – a fabulous method is to record your top three (or more) achievable goals for each, and working until you’re done with them.

It sounds easy, but it does require attention. Some people close out their day by setting task-oriented goals for the next day, others begin their day with goal setting, but it is the core component of this method.

Working according to your goals requires a strong commitment to those goals, so writing them down or typing them out helps to strengthen that commitment. And as a bonus, you have an ongoing record of your accomplishments!

5. Lean into your external activities

For a select few people, a healthy work/life balance leans more toward the life portion of the equation.

Take for example caretakers. If a spouse falls in the shower in the morning, there is no 9 am clock in, there is only helping make sure that person is bandaged or taken to the doctor, and work is started when everyone is stable.

Another example would be someone who plays music professionally after work – if there is a big performance on Friday, perhaps it means spreading that day’s goals to the other four days so the focus can be exclusively on practice and prep on performance day.

Working away from an office affords some people the ability to engage in more life than work, and the key component to succeeding with this method is shedding the guilt of leaning into a different balance than the Industrial Revolution believes to be valuable.

If you are doing so reasonably, and still meeting your work goals, this method can be the key ingredient to a healthier life.

6. Do whatever you want

Working away from an office can be a huge benefit for some people, but let’s be honest and acknowledge that for others, it is extremely difficult and without the structure we’re wired for, the day can get away from us.

Worry less about a specific structure if that’s not your jam and do whatever works for you – do this method if pressuring yourself into fitting into some method sounds awful. Just keep in mind, you do have work to do!

Breaking up with your clock or resetting your thinking about the workday isn’t easy. Our culture is still wired for factory work, but if you’re a desk worker, there’s no reason not to experiment with your workday.

If we really do typically work 3 solid hours in a workday, we can either do better or lean into our personal lives more by focusing on deep work. Experiment with these methods to determine which works best – you might be surprised at how your day changes over time! 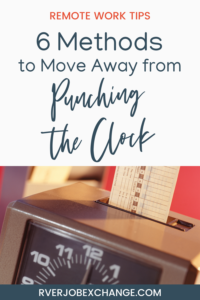 RV Website?
Let someone with the right skills and knowledge of the RV lifestyle get it right!
Logo or Graphics?
Many RVers possess amazing graphic design skills and experience!
House Sitter?
Have an RVer watch your house while you take a trip! It’s a win-win!
RV Transportation?
Need help moving your RV? Let a fellow RVer give you a lift!
Work Campers
Hire RVers to work and live onsite during your busy season!
Pet Sitters?
Have an RVer take care of your pets while you take a trip! It’s a win-win!
Farm or Ranch?
Hire an RVer to come help you with a few projects!
Speakers?
Recruit conference speakers on a variety of topics for your next event!
Dog Groomer?
Why not hire a pet groomer who’s also traveling or living in an RV?
Web Designers?
Hire a fellow RVer to help design your new or existing website!
Videography?
Let a fellow RVer help you with your videography needs for an upcoming project!
Tutoring?
Hire a tutor with the background, and skills to help you overcome your hurdles!
Freelance Writers?
Look no further than the RVer Job Exchange to hire new freelance writers.
Event Planning?
Let a fellow RVer help plan and produce online and in person events for you!
Proofreading?
Hire an RVer for proofing your new blog, website content, or manuscript!
Illustration?
Hire an RVer to help you with all your illustration needs!
Find Talent 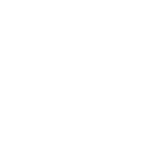 Experience the summer in small town A 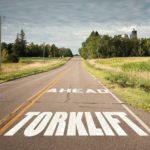 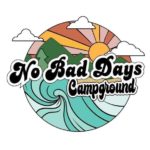 No Bad Days Campground is looking for a Camp Host immediately until October. FDU + salary. Enjoy the